Cavtat is a unique town on the Adriatic, an old city situated on the hilly part of the wooded peninsula Rat. There are new settlements along the coast, and the whole of Cavtat is overgrown by Mediterranean vegetation, with the ever green pine and cypress trees. There are more than 5 miles (7 km) of sandbanks, clean sea water, sand beaches and bays, fine new hotels of high and luxury class, and all this has made Cavtat one of the most sought after and visited tourist resorts in the Dubrovnik area. 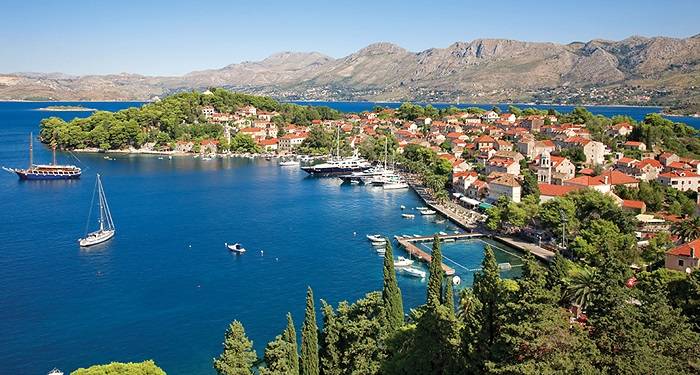 The special charm of this old city are the buildings that have remained from the time of the old Dubrovnik Republic. This city was also built according to the regulation plans prescribed by the Republic, and the result was the present-day look of the old part of Cavtat.

This ancient city with its surroundings keeps many traces of the old, several thousand-years' long history. It had been built several times and restored from ruins and total destruction. It used to be the flourishing famous city Epidaurum, well known in the ancient times and after the total  destruction in the 7th century only the deserted ruins remained. When the Republic bought Cavtat with Konavle in the 15th century it was built up again on the ruins of the old city.